A fisherman in the Philippines found a 75-pound Pearl with an estimated worth of $100 million, and not realizing the value, he placed it under his bed in a rundown wooden shack for good luck … for 10 YEARS!

The man, who has not been identified, found the priceless pearl ten years ago in the sea off the coast of Palawan Island, Philippines. The pearl is approximately one foot wide and 2.2 feet long, and weighs 34kg (about 75 pounds).  Tourism officer Aileen Cynthia Amurao said: “The fisherman threw the anchor down and it got stuck on a rock during a storm. ‘He noticed that it was lodged on a shell and swam down to pull up the anchor, and also brought the shell with him.” Can you imagine his surprise when he brought the anchor up and found that this was a giant pearl that stuck to it! 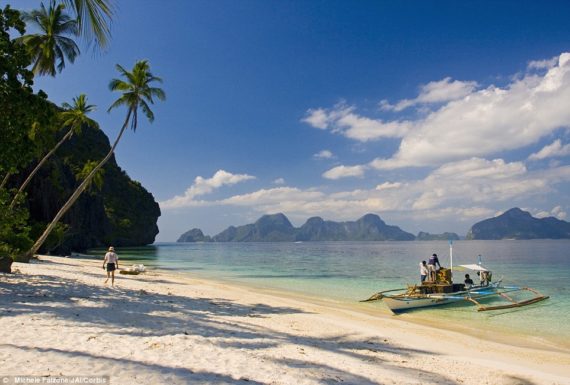 Due to a fire in his home that forced him to move, he turned the pearl over to the local tourism officials, and currently the gem awaits authentication by the Gemological Institute of America.

This giant pearl could be the largest ever found in the world and it’s five times larger than the previous record. Currently, the largest confirmed gem pearl, the Pearl of Allah, also known as the Pearl of Lao Tze, weighs 14 pounds and its estimated worth is a mere $35 million. This pearl was also found off the coast of Palawan Island, Philippines, in 1934. This Pearl is currently on exhibition at Ripley’s Believe it or Not in New York. 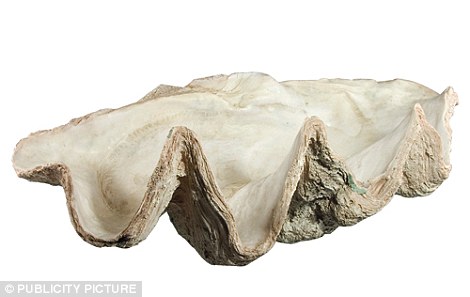 Clams very rarely create pearls, making the discovery of this gem off Palawan Island extremely rare. Most are made by oysters, but even then they occur in fewer than one in every 10,000 cases.

Giant clams – such as the one that produced this pearl -can reach four feet in length and weigh upwards of 500 pounds.  Natural pearls are formed inside the shells of mollusks as a defense mechanism against a potentially threatening irritant, such as a parasite. Despite popular belief, pearls rarely grow from a grain of sand. The animal creates a pearl sac and secretes calcium carbonate to seal off the irritation. This secretion process is repeated many times, producing a pearl. The jewel increases in size as each new layer of calcium carbonate is deposited. Saltwater pearls usually take two to three years to develop, but larger pearls such as the one held in Puerto Princesca, Philippines would have taken far longer to grow to this size.

Searching for wild pearls is relatively safe today, but in the 19th century, the mortality rate for divers was a high as 50 per cent. They faced attacks from sharks, as well as the crippling affects of decompression sickness, known as the bends.