The world’s largest blue diamond, an extremely rare gem known as “The Oppenheimer Blue Diamond”, sold for a whopping $57.5 million at Christie’s Geneva auction on Wednesday night making it the most expensive diamond ever to be sold at auction. The previous record for was for the 12.03 carat Blue diamond known as the “Blue Moon of Josephine” that was sold for $48.4 million.  The 12.03 carat blue diamond was purchased as a gift by Chinese property billionaire, Mr. Joseph Lau for his 7 year old daughter, Josephine! 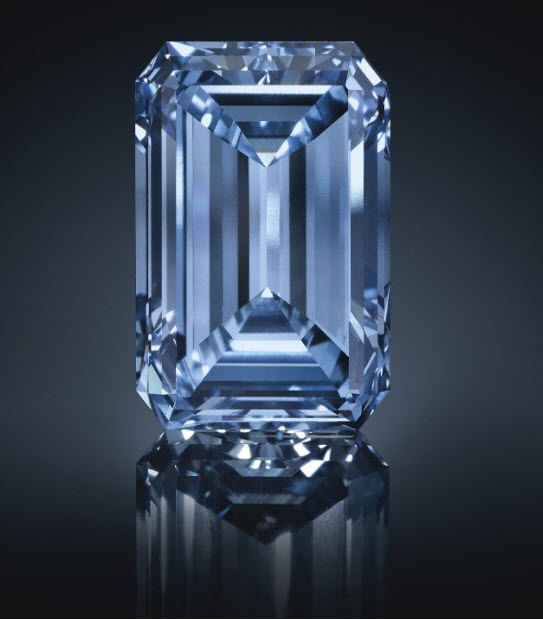 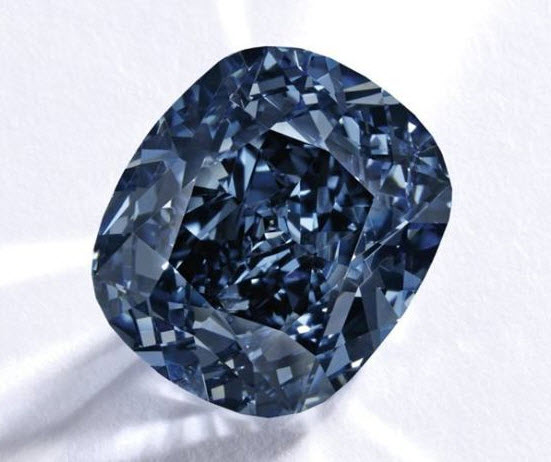 A private collector, whose name has not been released, is now the proud owner of this amazingly beautiful blue emerald cut diamond, known as “The Oppenheimer Blue Diamond”.  The 14.62 carat Fancy Vivid blue emerald cut diamond is the largest and best quality blue diamond ever to appear at auction.  Blue diamonds are exceptionally rare, comprising only around 0.0001% of the worlds diamonds, and less than 1% of this group are vivid in color, which explains the stratospheric price of this diamond.

In Blue diamonds, the Fancy Vivid Blue designation describes diamonds that are medium to dark blue in tone and strong to very strong in color saturation.  This diamond easily fits that description!

The diamond has been named after its former owner, the late Sir Philip Oppenheimer. The Oppenheimer family is well known world wide as the family that owns the influential diamond company De Beers. De Beers has been one of the most significant diamond dealers for the past 100 years!