This past weekend an amazing event happened in Mexico City, 2,165 couples married simultaneously!  For many years it’s been popular in Mexico to attempt record breaking numbers at different types of events, and this year was no exception. Can you even image what this looked like? Here you are, all dressed up, ready to be married, along with 2164 other couples, all together,  sitting in front of a large stage, when you are all asked that very important question….

And in unison,  responding with a resounding “Yes”. 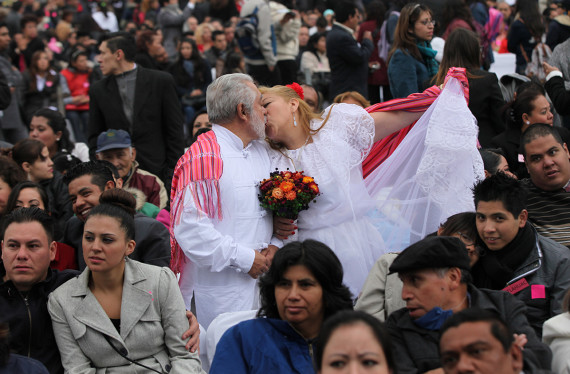 This ceremony embraced couples of various ages, races and sexual orientations, and together they all set a new record for couples marrying at the same time in Mexico City. 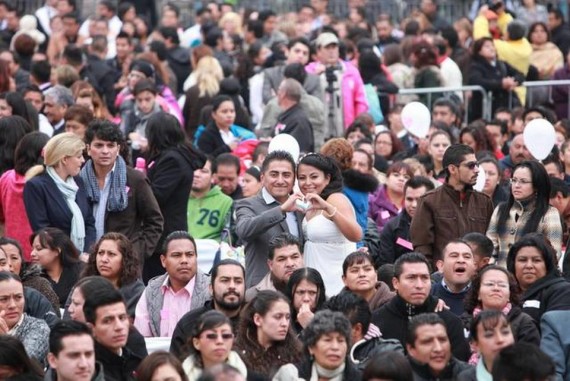 Last years event drew a mere 1600 couples, but this year, more than 5000 people descended upon Mexico City’s central square for the festivities to witness the Mass wedding involving the 2,165 couples married simultaneously. This was the third annual mass wedding event and it’s shaping up to be a growing spectacular in the years yet to come. 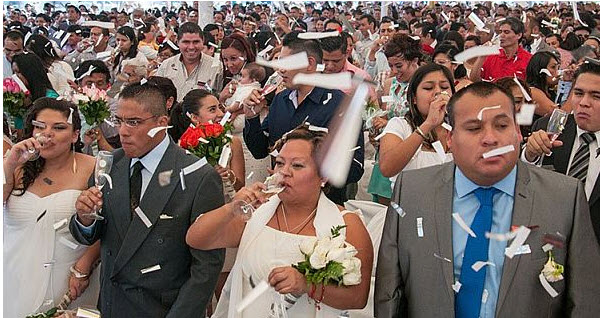 As an added incentive to the couples, there was no charge to any couple that participated in this mass wedding ceremony, and there was a raffle held after the ceremony with prizes including all expense paid trips to Mexican Resorts in Cancun and Los Cabos, as well as money to build a house.

All in all it was a marvelous day to get married!