Well the Super bowl is over and we send out our congratulations to the Denver Broncos, and turn our attention to the all important Super Bowl Rings!

Many of us now think about the rings that each member of the team will receive for winning the super bowl and I thought that I would share a few interesting facts about these rings.

Many believe that only the team and coaches are given a ring but in truth, both the winning and losing team are allotted 150 Super Bowl Rings to be distributed (but not limited to) active and injured players , coaches, trainers, executives, personnel, and general staff. But should a team require extra rings, the team itself has to fork over the bill.

The rings are usually made of yellow or white gold with diamonds in the shape of their logo, a football or the Lombardi Trophy, and most teams also personalize the ring with the player’s name and uniform number but the ring always has the team name, the year and the Super Bowl logo. 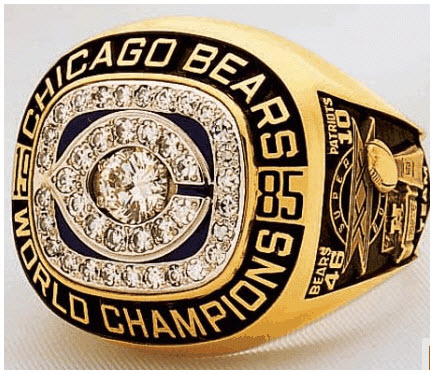 Each ring for the Super Bowl winner is valued at around $5,000 but according to league rules, the losing team cannot spend more than half of what the winners spend.

The company that makes these rings is not allowed to make any replicas under any circumstances unless requested by the team itself, and if they do, then the design must be altered in some way so as not to be the exact same design.

There are rings that have been modeled after the Super Bowl Rings that people, like season ticket holders, may purchase, but these too are not allowed to be exact replicas.

And I know you must be wondering who has the most Super Bowl Rings on his fingers, and,  drum roll please…….. 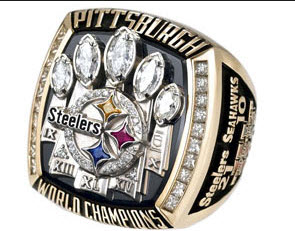 Strength and conditioning coach Mike Woicik has the most rings among players and coaches with six; three with the Steelers and three with the Patriots.